Friends, brothers and sisters, well beloved and cherished, I find it a great privilege to be allowed to give this little charge to you through the instrumentality of this printed document even as you go out to the larger world, beyond the four walls of classrooms and laboratories. You will recall that you came to FUNAAB some four or five years back with so much joy and high expectations. You had great hope of making the best results out of the various courses you were enrolled to study. You had even proposed to establish one thing or the other or to even aspire to occupy certain position or the other. In short, you had hopes, if not all of you but near it. Whether your expectations four or five years ago have been accomplished or not is now left for you to evaluate and judge sincerely. If you have achieved more than you dreamt, you know it. If you have achieved less, it is you that know it also. You must now do an evaluation of your life and time in FUNAAB. But whatever the outcome of that evaluation is must be accompanied with a huge sense of responsibility that puts you at the center of things. This is to say that YOU ARE RESPONSIBLE for that outcome. And sincerely, you will be responsible for the future ahead of you in the larger world.
However, I will plead with you to emulate Apostle Paul who in the reflection on his life journey has this to say, “Brethren, I count not myself to have apprehended: but this one thing I do, forgetting those things which are behind, and reaching forth unto those things which are before, I press toward the mark for the prize of the high calling of God in Christ Jesus.”  Philippians 3:13-14 (KJ2000). If it is only this you can do, how hopeful your future would be and how fulfilling your life overall.
You may want to meditate on the highlighted words. Paul had a life of successes and disappointments to put behind him so as to reach the mark for the prize of the high calling. So also do you. You may have excelled so much in FUNAAB or had lived woefully to your gross disappointment. You may have failed to reach your target grade or even under performed in ASF and in the body of Christ as a student. You may have lists of unfulfilled dreams. You may also have broken all the records; won all the accolades FUNAAB and ASF can offer. Excuse me bro, all those are now in the past, getting behind thee. So, let them remain there otherwise you won’t have a mark to reach. And the reason you must do this is to press on toward the mark for the prize of the high calling of God in Christ Jesus.
The word “before”; as he was forgetting those things which are behind, he was on the other hand reaching forth unto those things which are before. So also I charge you to do. You have a lot more ahead of you than four, five or six years in FUNAAB can contain. Beyond your 3rd Class or FNG, or even beyond your FUNAAB’s 1st Class, life has so much for you ahead. Begin now to reach forth to them. Begin now to find out what life has for you. Locate them in the manual of your life which is the Word of God. The time ahead is loaded, I can belt it if need be. What God will do with your life this coming ten years cannot be expressed by mouth. In fact, the dimensions of righteousness, power and the Spirit in which you will operate cannot be conceived by the heart of men. Don’t let the past chain you down; move on and soon you will know it. The world is waiting anxiously for you to fulfill your destiny. You know why I am so sure of this? He has spoken it. Moreover, the call of God upon you in Christ Jesus is a HIGH CALLING.
Sisters and brothers graduating, you all have a high calling in Christ. Either as a primary school teacher, university professor or even a pastor or politician, a businessman or communicator, wherever God will soon place you as you exit FUNAAB carries along with it the tag of a high calling. So, consider yourselves so highly placed whichever work your hands will find doing soon. Conduct yourself circumspectly and consider keenly the PRIZE for reaching the mark of your high calling. He that called you will do it. He will reward you. God is the Rewarder of them that diligently seek Him. So, you have a glorious prize ahead to grab if only you can put behind and before you THINGS you may have or have not achieved. Don’t put them in your head, success to elate, or failure to deflate you.
I, on behalf of your fellow saints in the alumni, hereby welcome you to be active members of ASF FUNAAB Alumni Association even the more as I commend you to God’s grace and His perfect peace in Christ Jesus The LORD. Amen.
“Finally, brethren, whatever things are pure, whatsoever things are honest, whatsoever things are just, whatsoever things are pure, whatsoever things are lovely, whatsoever things are of good report; if there be any virtue, and if there be any praise, think on these things. Those things, which you have both learned, and received, and heard, and seen in me, do: and the God of peace shall be with you.” Amen!
Philippians 4:8-9 (KJ2000)


The Top is wide enough to take us all, so, join me and SEE YOU @ the TOP!
Posted by Bograrian at 3:16 AM No comments:

Your time is come, Africa Arise!

Your time is come, Africa Arise!


Jasper Peter Akinola, a former Anglican Primate rose on the ground of the church and resisted, damning any consequence, the strange doctrine of homosexuality leading other African churches and beyond in the process to stand for the truth that male and female created He them and that marriage is marriage when it is honorably consummated between Adam and Eve. Now, an African president must arise through the window of nations and defend humanity once and for all damning any consequence. Could that nation be Nigeria? Let her arise. Could that senate be Nigeria’s? Let it enact the law. Or will it be Pretoria or Cairo? Whichever, whoever, wherever, the world is craving a new era and a new focus and a new leadership and direction altogether. Arise Africa, it is your time!
Posted by Bograrian at 8:56 AM No comments:

Shilka: A poem on the recent clash of the Nigerian Army with Boko Haram in Maiduguri

Shilka, O, Shilka
Wither didst thy prowess go?
When the sons of the dark commanded our men to war
When the hordes of hate fell upon our door

Borno burnt into crumbs
Ki-ki- ki-ki, pah- pah- poh- poh! Sounds of war
At Maimalari her sons were maimed
The maidens of Maiduguri sobbed in tears
But Shilka was long in their arms, the Morpheus

Your sleep our slip O Shilka
Your error our horror thou great artillery
Whether you were used against your own very cause
Or your age has caused your want in keeping our gate unsoiled
All we know, great Shilka, your manners this past “frying-day” was our minus

Three hundred and fifty souls in their own blood soaked
One from a tower of learning
Yet, four younger souls untimely freed from the sorrows of life
But to print an eternal sorrow upon their peoples’ souls that live to grieve
Plus the centuries of skulls these past weeks everywhere North of the Niger

All must halt of a sudden like the failures of Shilka the great
Let the wars be compromised as in the conspiracy of Shilka
Let the age of this insolent battle against ourselves cause the failings of the insurgents’ might
Like Shilka in Maimalari, halt, O war, halt in our land!
By Adegbilero-Iwari Idowu on the latest attack on Maiduguri as reported by the Punch Saturday, 15th March 2014
Posted by Bograrian at 6:01 AM No comments:

Email ThisBlogThis!Share to TwitterShare to FacebookShare to Pinterest
Labels: Poems

Between Us and the Americans 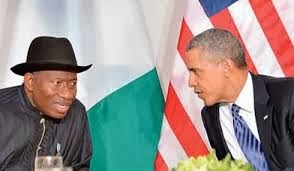 
Nigeria ARISE and dance to the beautiful symphony from America!
Posted by Bograrian at 7:12 AM No comments:

Mandela: My Distant Friend
Dear friend,
Goodness has tied us together
Nature has made it so
Common destiny we share

Fortune has made us friends
Friend,
Your age my age
But a million moons younger
Your season of birth, the dates,
Same as mine, the work of God
Lo, similar path to life we trod
Friend,
Your life I adorn, your time is good
The trials tho’, but in them your glory lay
Your values I love, your struggle I share
Your ideals I cherish, bliss to earth you are.
Friend,
Your name swells my head;
Sending a wave across my frame:
The work you did,
The fight you fought,
Like awe, erecting the hairs on my body
Friend,
You will go to grave not as a fighter
Not for weakness though,
But in victory, you’ve seen your struggle succeed
And your dark past of assaults gone,
Friend,
But the brighter now and ‘morrow of freedom
Lightened by a free and equal nation
Where creed and colour all banished to death
Humans, now, all are, black and white, the coloured;
All you’ve glimpsed by the grace of God

My dearest friend,
Distance apart us may keep
Age may range us further apart
My dream is you to see
Whether it be or not, be sure you’ve touched me.
Time says, you are the hero of our world, my friend dearest.
By Adegbilero Idowu on 5th September, 2009 @ Ibadan.

Rolihlahla: the Trouble Maker
Born the eighteenth day of July nineteen eighteen
The Excellency of days, the jewel of time
Vegetations greening with grace, villagers gleaning,
Food, abundant and surplus, a time of harvest.

Born to a season of ease

When nature never disdain its splendour
Sufficient rainfall displacing stress
The beginning of a new half, moon lighting the night

Madiba the great, Rolihlahla the trouble maker
Who troubled the system to humble its rumble
Never giving up to injustice
With his blood fighting inhumanity

Who would sacrifice personal ease to rescue peace
Slaughtered own interest to see equality reign
Killing his ego to enthrone democracy for all in the south
Choosing an inmate to be for endless years to see a mate in all men
Now that they are one your trouble is o’er Great Madiba!

Email ThisBlogThis!Share to TwitterShare to FacebookShare to Pinterest
Labels: Poems

Been African is not a disadvantage.
Been Black is not been backward.
Its the time for Africa revival, she has all it takes to dictate the global pace
Africa arise today!
To be continued in details...
Posted by Bograrian at 4:40 AM No comments: